The Mail Never Fails: the revival of a hundred year-old “It Bag” 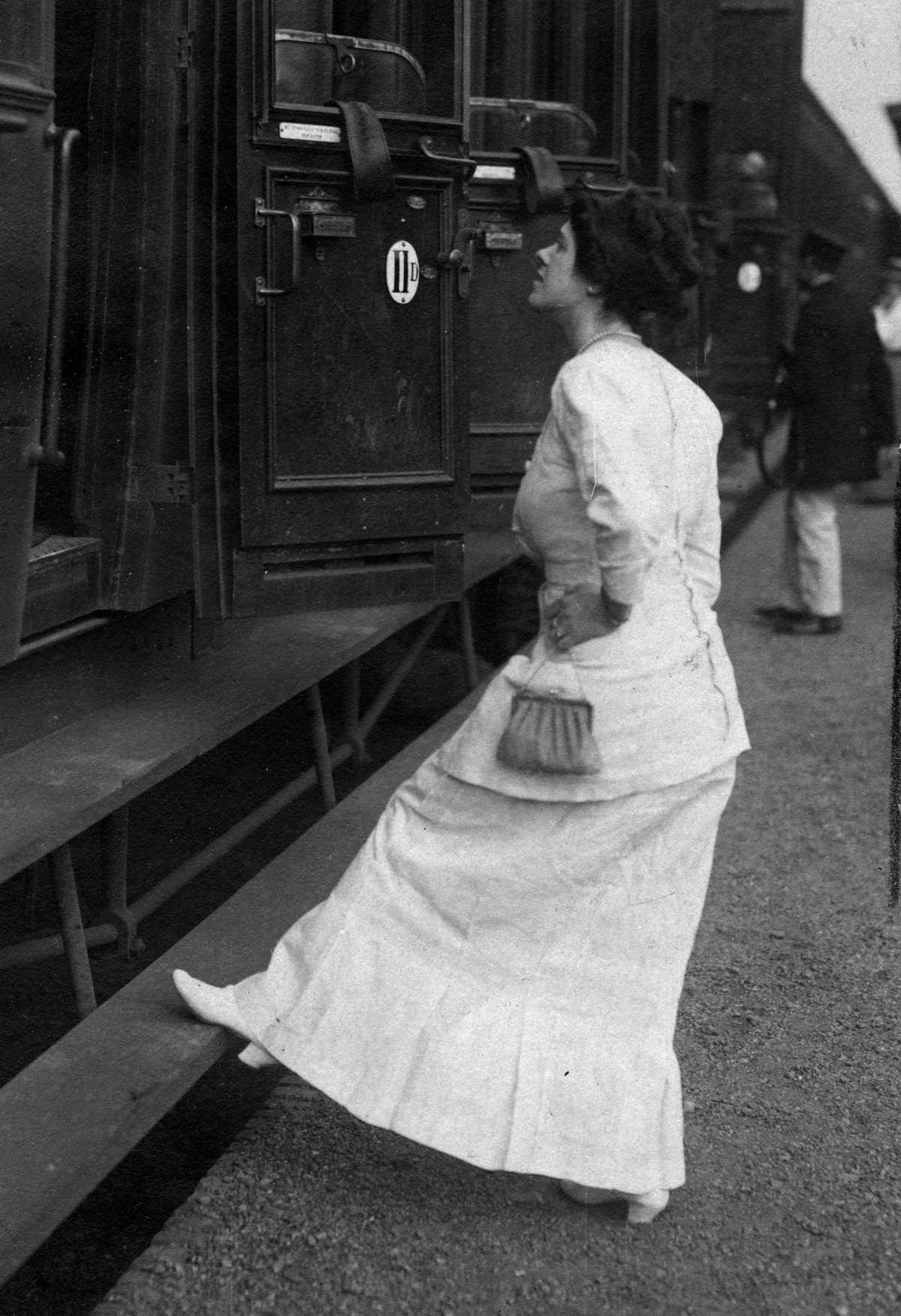 Mesh bags enjoyed an unusually long time in fashion. Since at least the beginning of the 19th century, women have been carrying tiny purses made of thousands of tiny metal loops, constructed in a manner similar to chain mail.

They remained popular well into the mid-1950s, with famous wearers such as Queen Elizabeth II and Mamie Eisenhower, and with a reintroduction in the mid 2010’s gained a new cohort of fans for the new millennium.

The first true mesh purse is somewhat difficult to trace. The American company Whiting & Davis are usually credited with being among the first to mass-produce such bags in the late 19th century. However, there are also other trends to consider, including the fact that metal thread has been used in fashion for centuries. 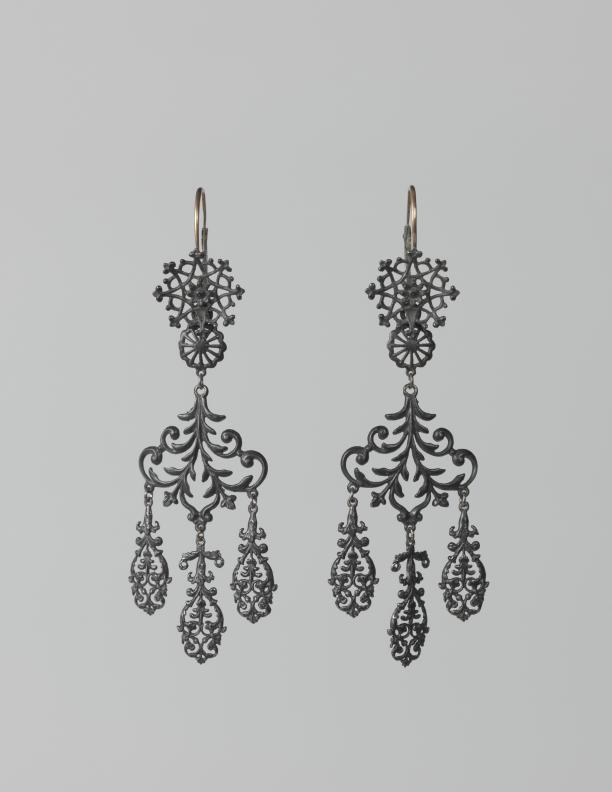 However, the first true mesh bags probably came out of the fashion for Berlin ironwork at the turn of the 19th century. Whilst this technique was largely used for jewellery, “some of the most remarkable [bags] are made of iron wire, drawn out almost as fine as hair..on a base of fine iron mesh”.[1] 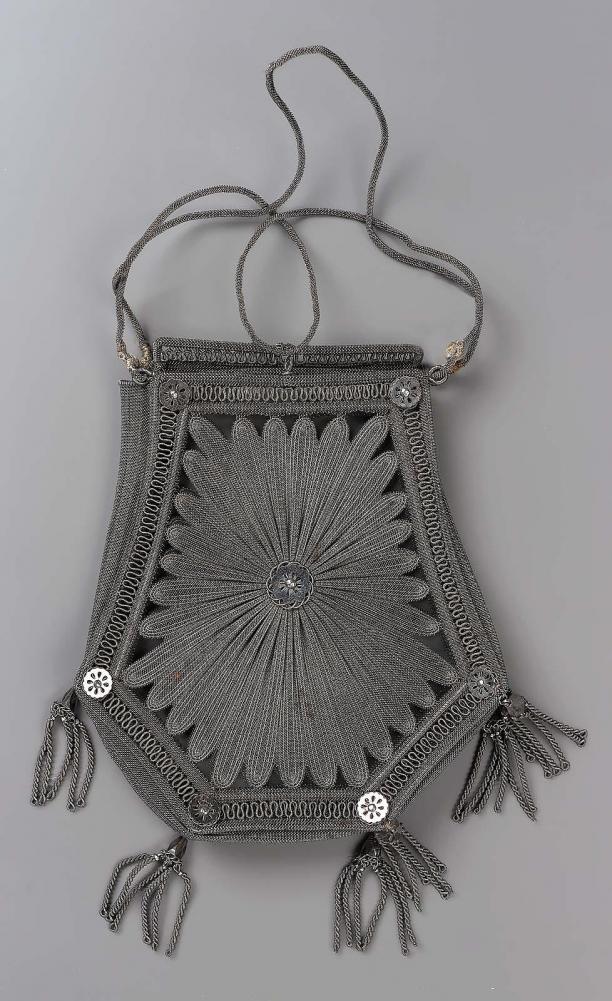 Mesh bags were originally made by hand, usually by trained jewellers, out of precious metals such as gold or silver. Most likely for this reason, early mesh purses are very small, often fitting on chatelaines or intended to be held in the palm of the hand by means of a finger ring. 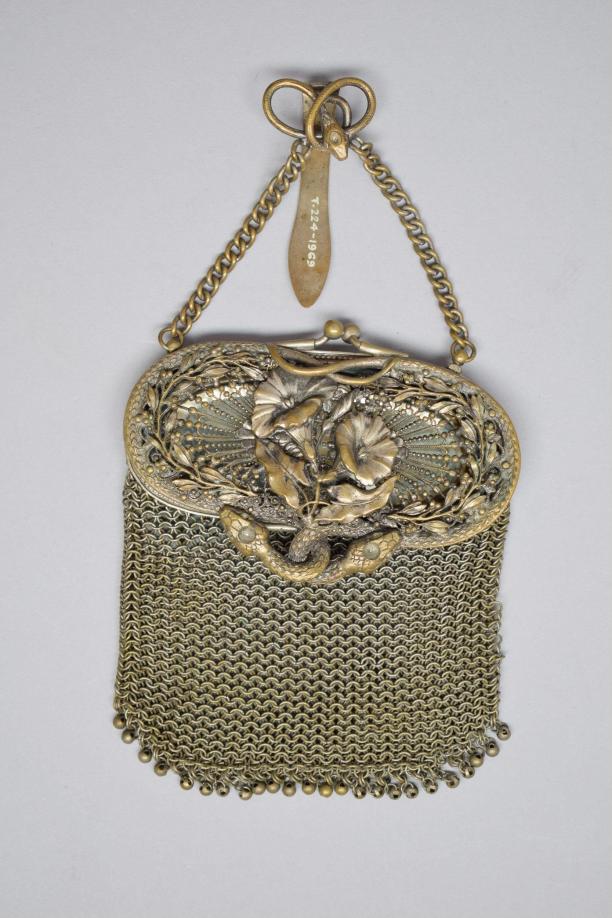 Despite these martial connotations, mesh bags were a statement of class: undersized and somewhat impractical, “an extremely small bag drew attention to [the wearer’s] well-cared-for-hands and slender wrists, emphasising that this was a true lady of leisure”.[2]

Whilst later mesh bags were described as ‘evening bags’, earlier versions appear to have been used during the day. Cecil Beaton describes women carrying them to make afternoon calls, and there are photographs from the mid-1910s of women wearing mesh bags to the races. 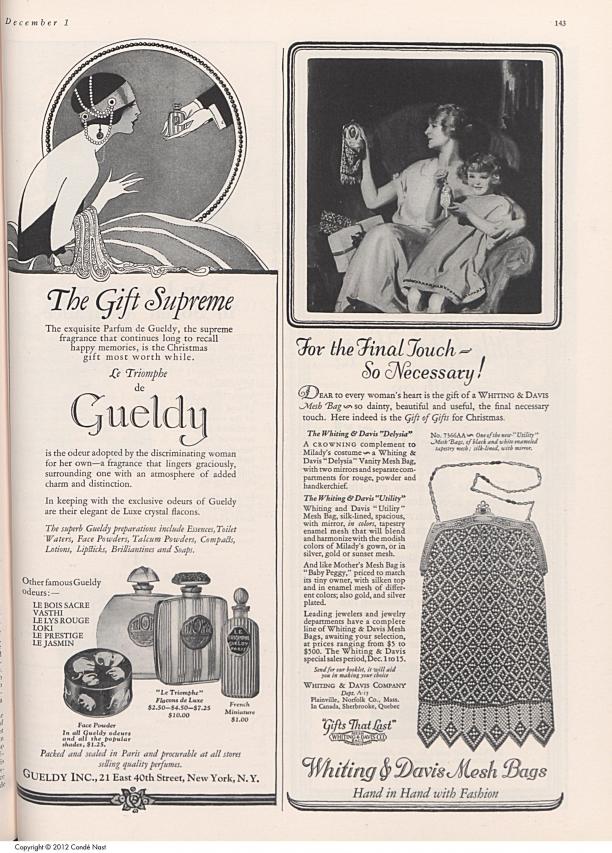 Even into the 1920s, advertisements for Whiting & Davis bags are illustrated with women wearing them during the day, and they also offered miniature versions of the bags for children. Later photographs of people such as Queen Juliana show the Whiting & Davis bags from the 1960s being carried as part of an evening ensemble.

With the advent of the mechanisation, mesh bags suddenly became much cheaper, meaning that more people could afford them. Paul Poiret collaborated with Whiting & Davis throughout the late 1920s, with Elsa Schiaparelli doing the same in 1937. However, their products were still advertised on a wide scale, and sold in department stores. 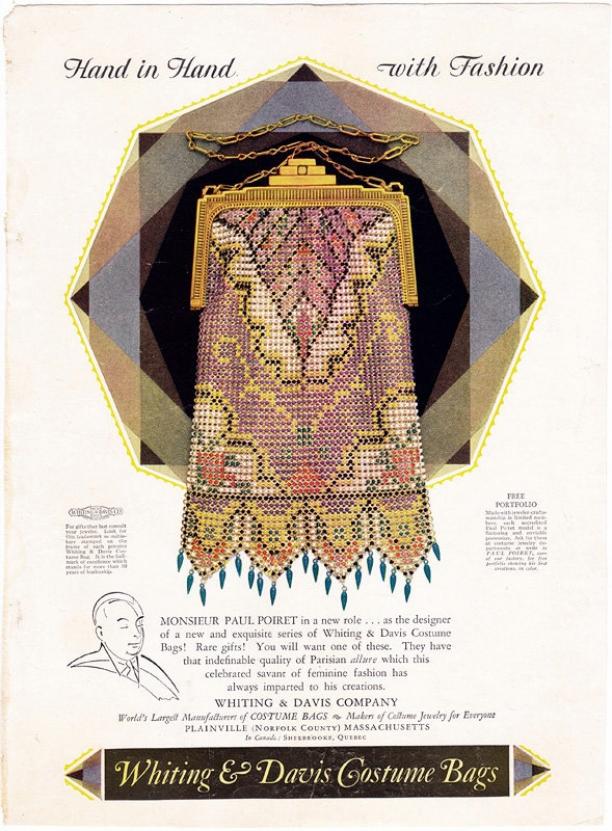 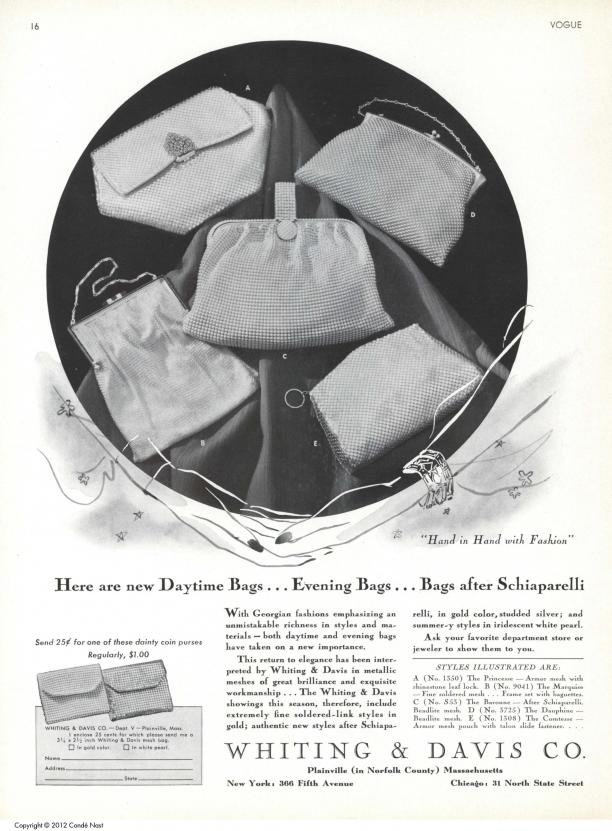 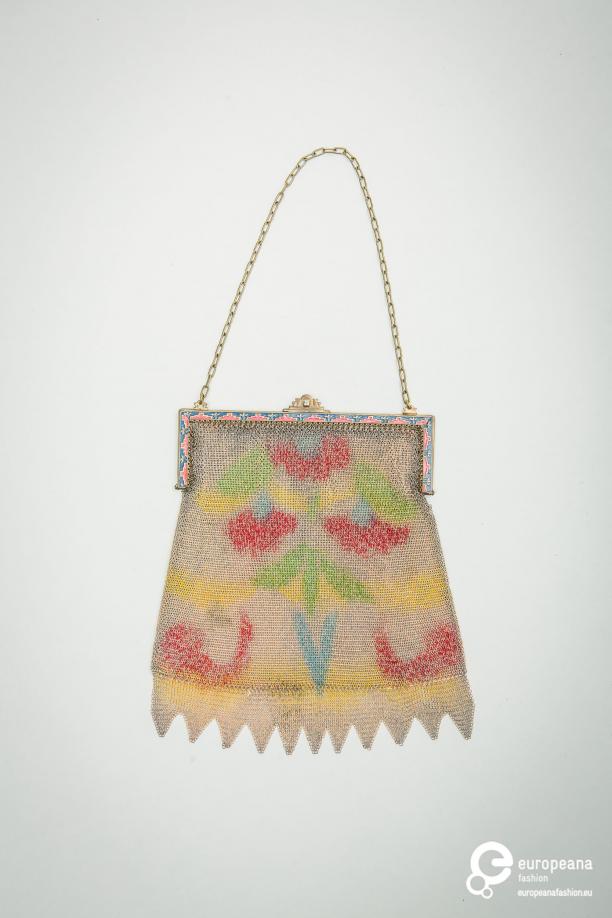 Per my last mail

Mesh bags continued to feature in American Vogue during the 1930s and 1940s, with a ‘Bag for Evening’ in 1948 heralded as the ‘Return of Mesh’. In 1950, Mamie Eisenhower was the first First Lady to be gifted a Whiting & Davis mesh handbag- a tradition that has continued- but by this point, the company had diversified, focusing on jewellery and other mesh products. Other smaller companies had either closed or been bought out by Whiting & Davis, and the fashion for mesh bags had by the mid-1950s largely declined. 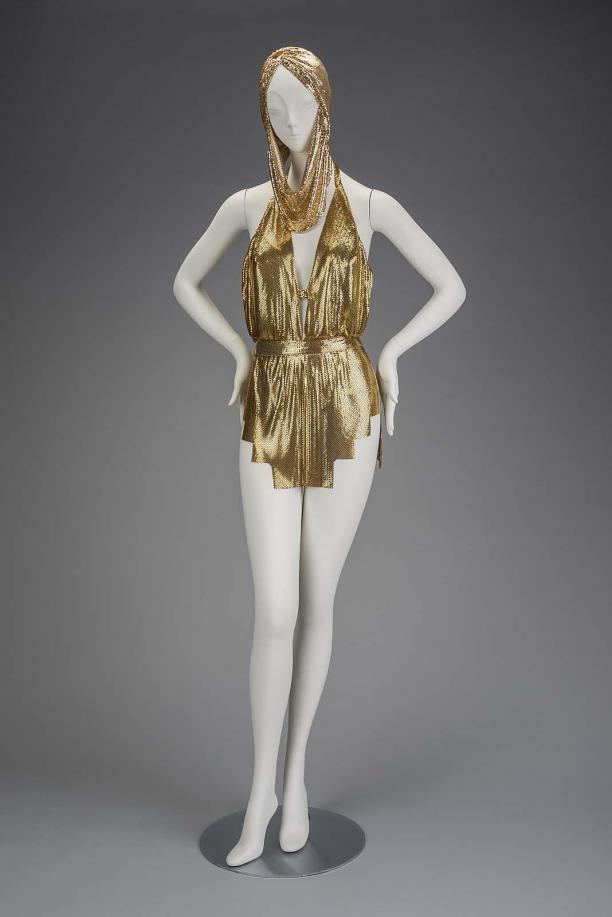 However, Whiting & Davis continued to produce mesh in other forms, such as for slinky all-metal dresses reminiscent of Paco Rabanne. Celebrities continued to carry mesh purses, and to celebrate its 135th anniversary in 2012, Whiting & Davis reopened their jewellery department (which had closed in 1981), producing reproduction mesh bags based on original designs.

Caroline Cox writes that “the military connotations of the mesh bag seem to undermine the bag as dainty prop”, contrasting this with the “aesthetic ‘softening’ in the 1920s, when new screen-printing techniques...allow[ed] the mesh to be covered in more traditionally feminine motifs”. 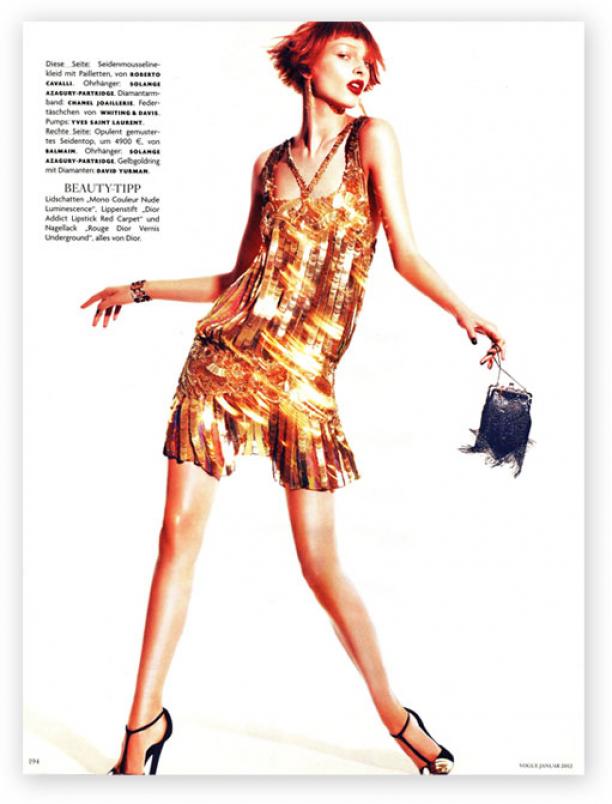 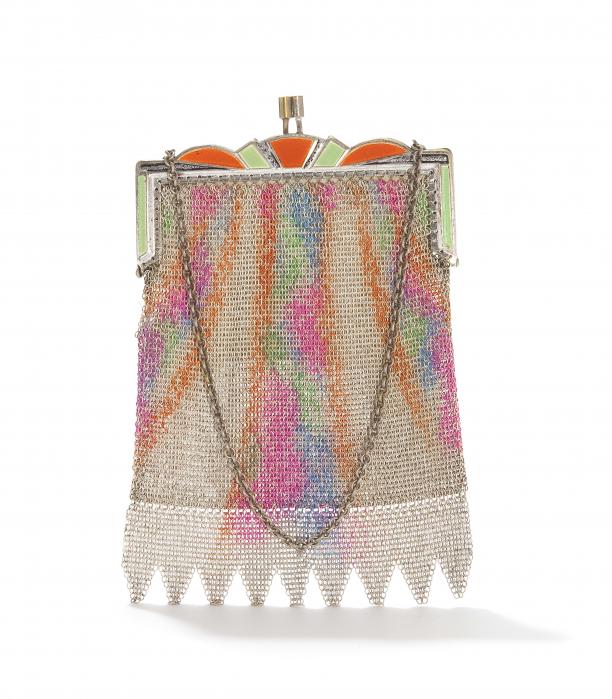 Perhaps this is why the mail purse is back in fashion. The definition of what it means to be ‘feminine’ in the 21st century is constantly being re-evaluated. it is perhaps no surprise that such a soldierly material that can simultaneously be soft is once again finding its way into fashion.