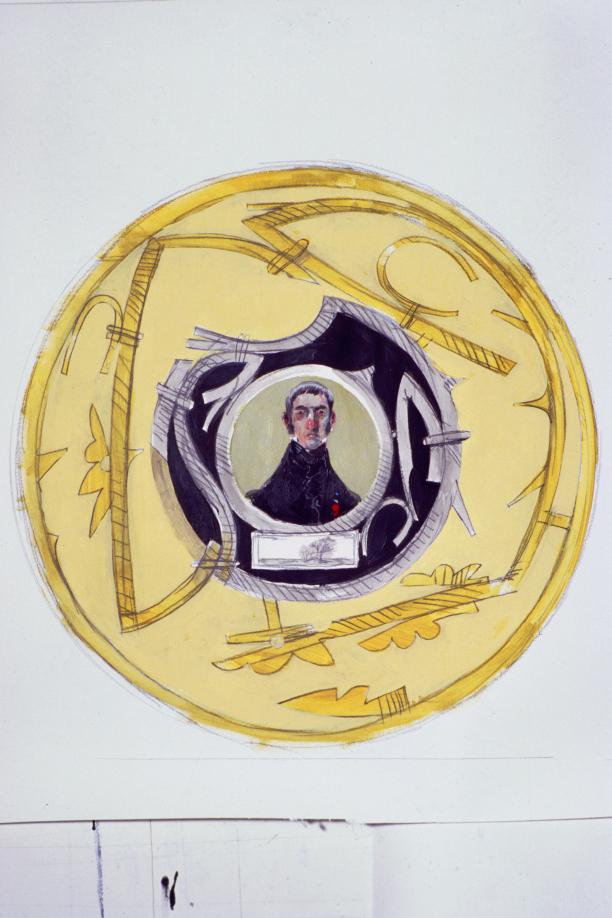 JS: What do you find fascinating in men?
RVG: To watch men walking by, never ceases to fascinate us. While we sit on a café terrace, we play our favourite game: giving prizes to the best-dressed men, exercising our sharp fashion eye.

JS: How do you judge them?
RVG: We can’t always agree on the rules of this complicated game, but we try to focus on a single question: what defines the well-dressed man? The exclamation “a masterpiece !” could be heard in the days, when few men could afford to dress well. In the beginning of the 19th century, two interesting archetypes emerged: the Dandy and the Gentleman. 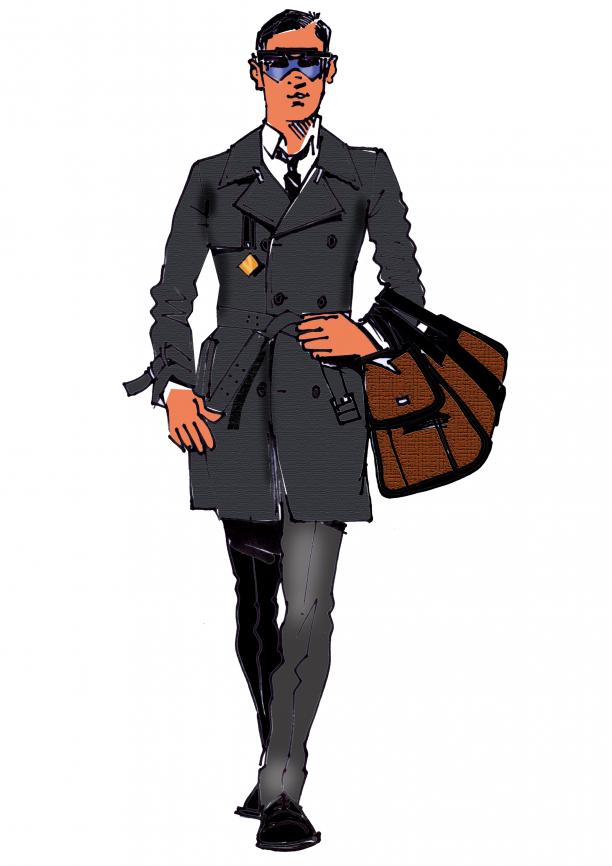 JS: How do you see the Dandy?
RVG: To avoid misunderstanding, a true dandy was someone who dressed with care, without being extravagant. Dandies were not outrageous, over-the-top or over-dressed, as is often mistakenly thought. It took more than clothes to make a dandy. An outspoken character and a certain insolence definitely contributed to what could be called “dandiness”. Famous dandies, such as Beau Brummel, wore a blue riding-coat with beige breeches and well-polished boots, as simple as that (at that time most of Europe dressed a l’Anglaise). What the dandy needed a lot of time for, was the tying of his tie. The how to flourish a necktie with flair! “A well-tied tie is the first serious step in life” as Oscar Wilde would say, but then, the only weapon a dandy possessed, was his power to seduce.

JS: And what about the Gentleman?
RVG: The gentleman – who, like the dandy, hardly ever paid his tailor – emphasized his status by wearing classic, high quality, well cut and well-worn clothes, clothes often broken in by his valet. “Shabby chic” was already a style also seen on the other side of the ocean, in Boston or at Harvard. But if ever the tailor did not deliver his swallow–tail on time, this seemingly nonchalant gentleman would fret about having to appear in a tuxedo at the dinner table, and be considered “inappropriately dressed”. 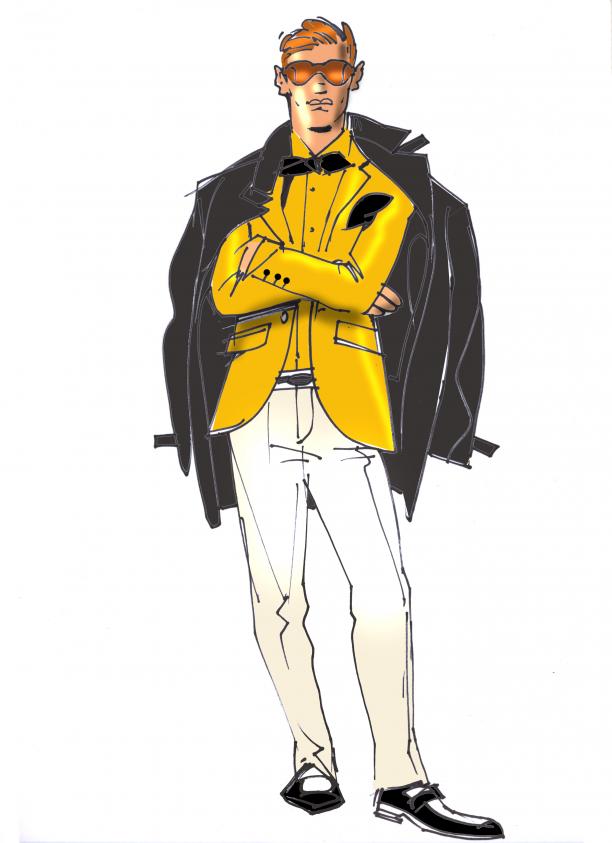 JS: What about details and accessories?
RVG: There were hats for every occasion, gloves for summer and winter, and hundreds of neckties. Silk scarfs were considered suitable for all hours of the day. The elegant man would let his gloved-fingertips slide across the brim of his Borsalino or Homburg. These, then indispensable, accessories are no longer part of men’s fashions, but it is interesting to see that the modern men’s wardrobe consists mainly of accessories.

JS: How has dressing-up evolved ?
RVG: What has changed since Beau Brummel and the laid-back gentleman, is the democratisation of clothing and the evolution of certain codes. While the distressed and thevintage look are still seen today, sportswear is now the new citywear and that must look brand new. A footballplayer’s latest must-have hairdo will look impeccably styled, even after a ferocious game. 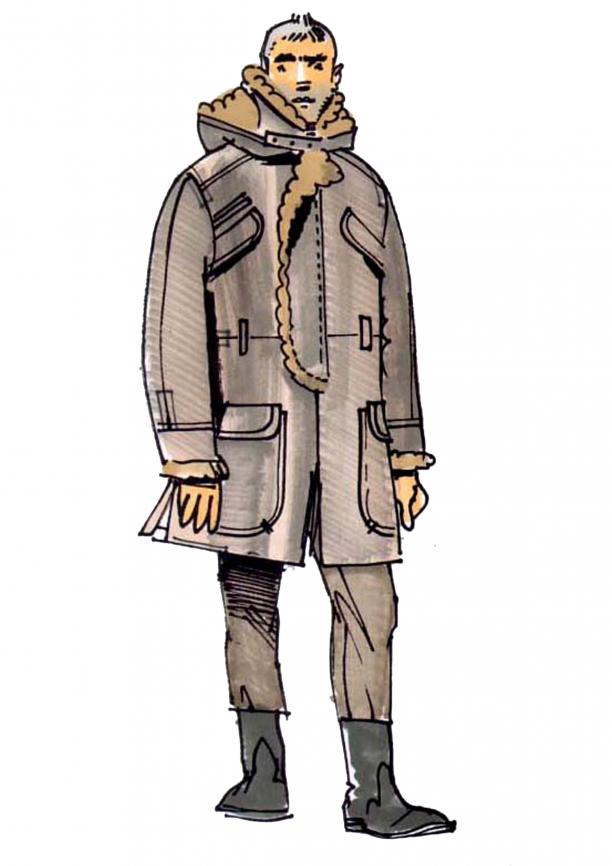 JS: What do you think about style?
RVG: The name of the tailor or fashion house used to be discreetly sewn on the inside. Clothes and accessories are now so branded, that they are recognizable at first sight. The dandy – he still exists– pays top price for his clothes and is proud of it. So does the gentleman – a dying breed –  but with much less pride. “It was expensive, was it worth it?” Once, the aristocracy and the rich were style icons, tastemakers and trendsetters. Today style is often inspired by the streetwear of pennyless young men.

JS: What does this mean for fashion in the future?
RVG: We can only conclude that certain attitudes that once defined the well-dressed man are no longer valid. Much has changed. For example, Truman Capote’s 1970s view that “something is really wrong with people who wear tattoos” has been invalidated by a generation of - often sensitive - tattooed men. It seems that 90 percent of the population nowadays wants to look like a bad boy. 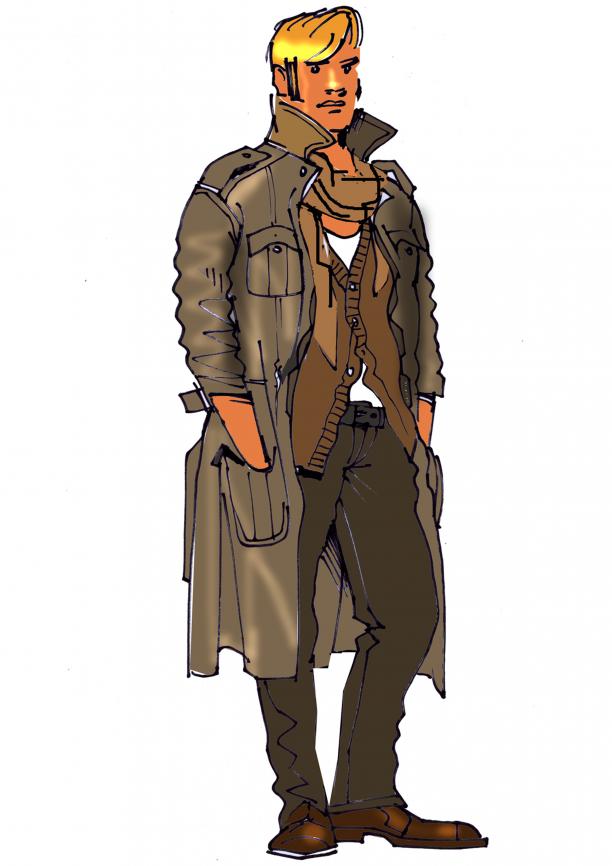 JS: Are our times as inspiring as the past?
RVG: All in all, we do live in fascinating times. We are able to listen to all kinds of music, more books have been published after the Second World War than have ever been printed since Gutenberg’s invention of the press. Every generation re-discovers and spontaneously adopts fashions and trends that previous generations left behind.

JS: Does this mean that anything goes?
RVG: While all is fair in fashion, defined codes don’t leave much room for improvisation, every style has its own strict rules and rituals. Looking at details: long-forgotten tailoring features are now re-interpreted in new outfits, restyled with precision, silhouettes are reconstructed. This re-invented man can just as easily be drawn back into a revival of hippy ideals and dress in carefree garments, giving the impression that we are on our way to a truly better world. 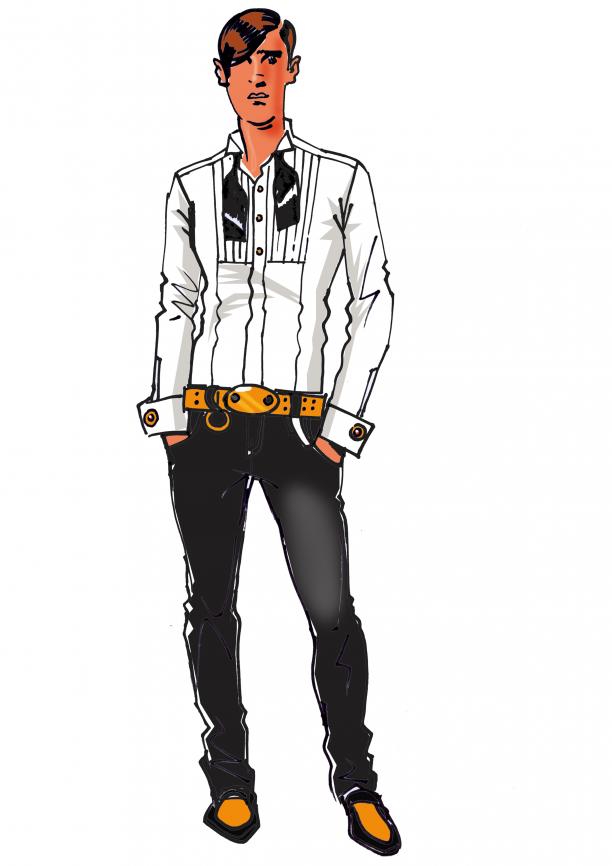 JS: How about technology?
RVG: If the modern man is not inspired by the past, he will be by the modern engineered skin-like tactile synthetics. Styled like a second skin, boyish or diabolically black.

JS: Are fashion trends linear?
RVG: Extreme opposites occur. Minimalism, inspired by architecture and design, and baroque extravagance, inspired by heavily brocaded Venetian decadence. Military uniforms also fascinate us again. In the 70s they were worn as an anti-war statement, nowadays the appeal is the virility. Think of the dashing Russian officer in his tightfitting jacket, for whom Anna Karenina abandoned husband and child.

JS: What makes the 21st century special?
RVG: We have entered yet another Romantic period. Worldwide there are big political and climatic upheavals. The place of the individual in this fast-changing world is being re-assessed, now that technology seems to have the answer to everything. 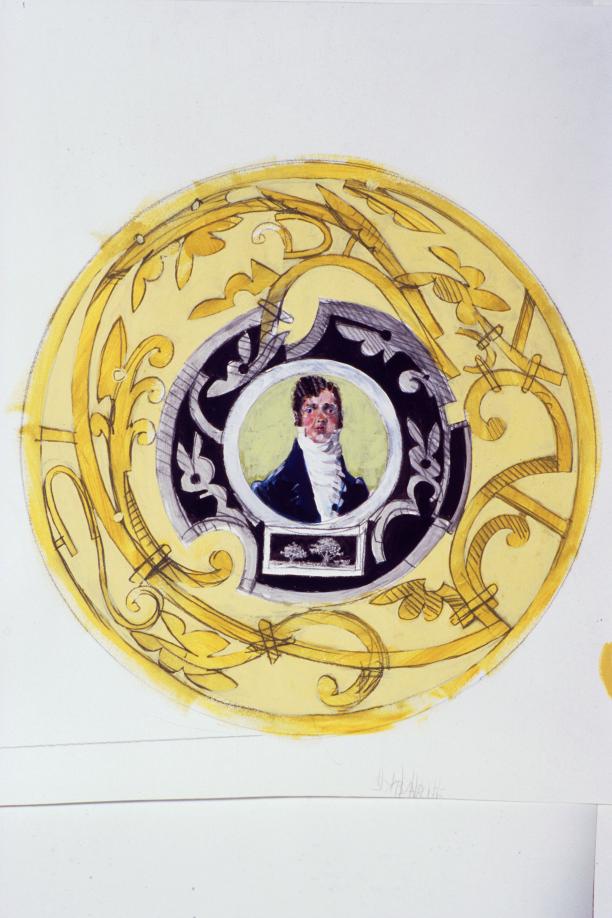 JS: How does this affect men?
RVG: Deep in the modern man’s consciousness lives a romantic ancestor with shoulder-length hair, dressed in velvet, who weeps easily. Surrounded by violence, he embarks on a poetic journey, he interests himself in folklore, local traditions and fashions, nature and man’s place in this world. He is inspired by Heine, Schiller and Byron.

JS: Any last thoughts?
RVG: Let us discard the notion of what a “well-dressed man” should look like and accept and admire the fascinating variety of styles and looks, the great freedom of choice. The media today play a prominent cultural role, so let us remember Oscar Wilde’s adage  “All men are attractive, once they have been spoken of ”.