Standing Tall: The Curious History of Men in Heels 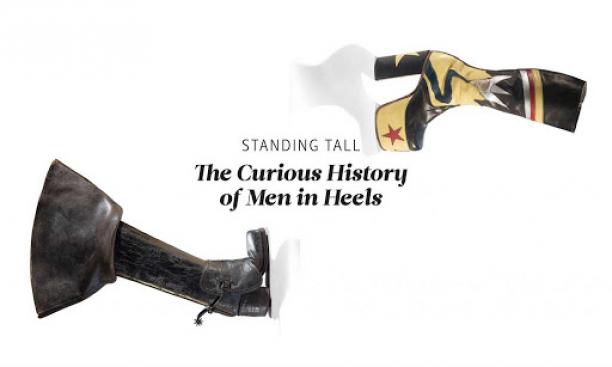 Never before have a few inches mattered so much...

Today, the thought of a man in heels is met with disbelief and conjures up notions of transgression. However, it hasn’t always been this way. When heels were first introduced into Western fashion around the turn of the 17th century, men eagerly embraced them and they continued wearing heels as expressions of power and prestige for over 130 years.

Even after heels fell out of men’s fashion in the 18th century, there have been moments when they have been reintegrated into the male wardrobe – not as a ways of challenging masculinity but rather as a means of proclaiming it. It in fact, there are some lifestyles where heels have remained central to expressions of masculinity and are worn without raising eyebrows; the rugged cowboy in heeled boots is the perfect example. For most men, however, even an extra inch of a pair of business brogues can provide highly destabilizing and call their masculinity and their judgement into question. However, given the advantages that height supposedly confers from higher pay to increased desirability as well as the long history of men in heels, the real question is why don’t the majority of men wear heels today?